From new-born babies upwards, we’re really good at finding the right book for every child. Whether it’s a picture book, an early reader or a gripping adventure, we’ve got a great selection for your children to explore. If you need help, we love to recommend and we relish the challenge of engaging reluctant readers. We also carry Bond Assessment Papers, 11+ Practice Tests and lots of non-fiction to support your child’s curriculum. 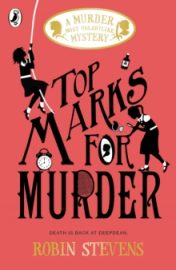 Daisy and Hazel are finally back at Deepdean, and the school is preparing for a most exciting event: the fiftieth Anniversary. Plans for a weekend of celebrations are in full swing.

But all is not well, for in the detectives’ long absence, Deepdean has changed. Daisy has lost her crown to a fascinating new girl – and many of the Detective Society’s old allies are now their sworn enemies. Then the girls witness a shocking incident in the woods close by – a crime that they’re sure is linked to the Anniversary.

As parents descend upon Deepdean, decades-old grudges, rivalries and secrets begin to surface, and soon Deepdean’s future is at stake. Can the girls solve the case – and save their home? 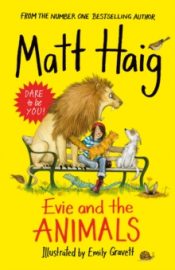 Evie and the Animals

Eleven-year-old Evie has a talent. A SUPERTALENT. A talent that can let her HEAR the thoughts of an elephant, and make friends with a dog and a sparrow. The only problem is, this talent is dangerous. VERY dangerous. That’s what her dad says.

So when she frees the school rabbit from its tiny hutch, she vows to keep her talent a secret. But after a face-to-face encounter with a lion, things start to go very wrong. Her dad – and every animal in town – is now in danger. Evie is determined to save them. And to find the truth of her own past. To do that she must battle a mysterious man with a talent more powerful than any other. As time runs out, she must seek help from the animals, and finally DARE TO BE HERSELF? 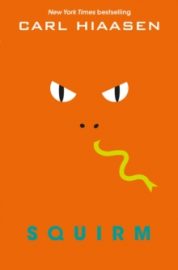 Some facts about Billy Dickens: He once saw a biker swerve across the road in order to run over a snake. Later, that motorcycle somehow ended up at the bottom of a canal. Billy isn’t the type to let things go.

Some facts about Billy’s family: They’ve lived in six different Florida towns because Billy’s mum insists on getting a house near a bald eagle nest. Billy’s dad left when he was four and is a total mystery. Billy has just found his dad’s address – in Montana. This summer, Billy will fly across the country, hike a mountain, float a river, dodge a grizzly bear, shoot down a spy drone, save a neighbour’s cat, save an endangered panther, and then try to save his own father. 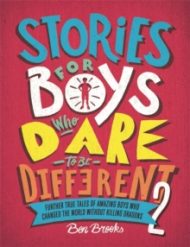 Stories For Boys Who Dare To Be Different 2

What have the footballer Kylian Mbappe, the philosopher Socrates and the singer Ed Sheeran all got in common? All three of them defied expectations – going against the grain and pursuing their dreams – despite a seemingly impossible barrage of obstacles and difficulties. Their stories are incredible, as are those of the tap-dancer Evan Ruggiero, the Pokemon creator Satoshi Tajiri, and the other inspirational boys who fill the pages of this extraordinary book. It’s books like these that can make a huge difference to parents and their children’s lives. 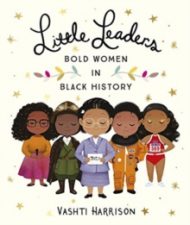 Did you know the treatment for leprosy was developed by a young scientist called Alice Ball? And Josephine Baker- world famous cabaret singer and dancer- was also a spy for the French resistance? Featuring 40 trailblazing black women in the world’s history, this book educates and inspires as it relates true stories of women who broke boundaries and exceeded all expectations. Debut author/illustrator Vashti Harrison pairs captivating text with stunning illustrations as she tells the stories of both iconic and lesser-known female figures of black history, including:Nurse Mary Seacole Politician Diane Abbott, Mathematician Katherine Johnson, Singer Shirley Bassey, Inspire your own little leader with the stories of these amazing women. 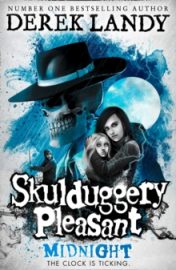 Skulduggery Pleasant and Valkyrie Cain are back in their most gripping story yet, as book 11, Midnight, picks up where Resurrection left off – and runs. For years, Valkyrie Cain has struggled to keep her loved ones safe from harm, plunging into battle – time and time again – by Skulduggery Pleasant’s side, and always emerging triumphant. But now the very thing that Valkyrie fights for is in danger, as a ruthless killer snatches her little sister in order to lure Valkyrie into a final confrontation. 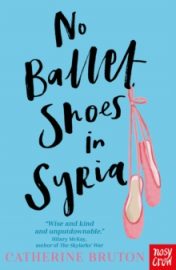 No Ballet Shoes in Syria

Aya is eleven years old and has just arrived in Britain with her mum and baby brother, seeking asylum from war in Syria. When Aya stumbles across a local ballet class, the formidable dance teacher spots her exceptional talent and believes that Aya has the potential to earn a prestigious ballet scholarship. But at the same time, Aya and her family must fight to be allowed to remain in the country, to make a home for themselves and to find Aya’s father – separated from the rest of the family during the journey from Syria. 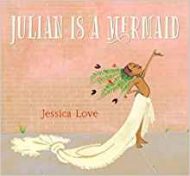 Julian is a Mermaid

Everything changes the day Julian sees three mesmerising women dressed up as mermaids. All he can think of is becoming a mermaid himself. But what will his Nana think? 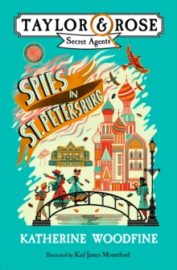 With Sophie still missing in action after their explosive mission in Paris, Lil decides to take matters into her own hands. On a new mission for the Secret Service Bureau, can Lil find Sophie in misty, mysterious St Petersburg?Can they uncover the identity of their true enemy and can they trust anyone – even the Bureau? It’s time for Sophie and Lil to put their spy skills to the test. 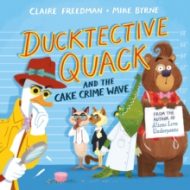 There’s a crime wave in the town and Ducktective Quack needs your help to solve the mystery. Follow the clues in the pictures and see if you can work out who-done-it! Someone has been helping themselves to all the cakes and sweet treats and it’s down to Ducktective Quack and her sidekick, Constable Crackling, to catch the culprit. A hilarious and engaging story full of clues to spot and a delicious crime to solve.

My favourite bookshop in the UK. All the staff have a real enthusiasm for books, are always willing to advise and help, never patronise and even welcome my dog. What more could anyone ask?

Don’t be put off by its diminutive size – it’s like a TARDIS, and there’s a far greater choice of books on display than the laws of physics should really allow.